As the third Twilight movie, Eclipse, is about to hit the big screen in late June,

Malta is set to offer blood-stirring prospects for night prowlers

Maltese summers nights provide the perfect opportunity for blood lovers to mingle with the crowd. Head to seaside promenades like Sliema, St Julians, Bugibba and Marsascala after sunset. Go with the flow and enjoy a breezy stroll. Night lovers here are definitely trendy. Pop in to one of the open-air bars that throng the seafront to sip a Bloody Mary or one of its many Bloody variations.

Surprise your loved one by taking him or her to Għajn Tuffieħa Bay, one of the loveliest spots on the island.  The cove is a thin crescent of golden sand cupped within hills and cliffs. The long flight of steps down to the beach is an effective crowd repellent. As the fireball hides behind the horizon, the deep colours of twilight take over and hearts begin to throb. Sprawl on the warm sand to stargaze and if blood lust gnaws at you, take a dip in the lapping water to cool it off! 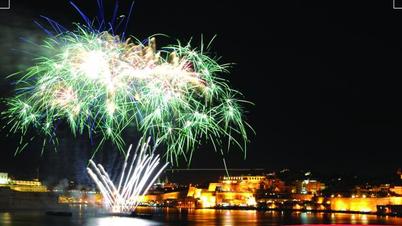 Who said that nights were meant to be dark and boring? Every summer weekend a couple of villages in Malta celebrate the festa of their patron saint. The night sky is changed into a kaleidoscope of flashing fireworks. Few people in the world can rival the impressive displays produced by Maltese pyrotechnic clubs such as those of Lija and Żebbuġ.

Vamps don’t sleep. Great! They can happily spend the night blasting out their pent up energy. And Malta has it all – discotheques, British and Irish-style pubs, salsa bars and rock bars, to name a few. Seaside resorts such as Paceville, Sliema, Marsascala and Bugibba are the hub of night entertainment. Much favoured by the local clubbing crowd are the open-air clubs such as Gianpula and Numero Uno. 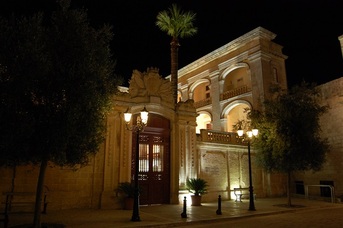 Glowing like a fire-lit beacon on its prominent hilltop, at night you can see the city of Mdina from almost anywhere. Malta’s ancient capital is surrounded by massive walls and a maze of cobbled alleyways runs between gracious historic buildings. For centuries the Maltese gentry wouldn’t live anywhere but at Città Notabile. Mdina offers the perfect setting for the sophisticated vamp to celebrate a night in style. Make a triumphal entry into the noble city on a horse-drawn carriage from the Main Gate. Explore the bastions and the narrow, winding alleys beneath the eerie glow of lamplight. You can later indulge yourself in one of the gourmet restaurants that each have their own tale to tell. 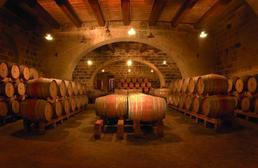 The blazing Maltese sun breathes life into it. It seethes and gurgles but only when its anger subsides, is it laid to rest in a wooden cask, buried deep within the dark bowels of the earth; waiting till its time is due... Wine production in Malta goes back 3000 years, to the days of the Phoenicians. Indulge yourself in the time-honoured art of wine tasting by escaping from the dazzling sun and retreating into the pleasant coolness of an ancient wine cellar.

The delights of traditional Maltese confectionery can sweeten up even the most bitter vamp. Pamper yourself by visiting Busy Bee Confectionery and Coffee Shop at Msida seafront. This family run establishment has been around since 1933 and is renowned for the high quality of its treats. The selection of sweets is impressive, ranging from fine chocolate pralines to cakes of all shapes and colours. Abandon yourself to sweet temptation and dig your fangs in the heavenly ricotta kannoli and cassatella Siciliana!

Venture deep beneath the bustling streets of Rabat into the city of the dead – the catacombs. Back in third century Roman Malta, early Christians hewed a honeycomb of passageways, halls and burial chambers in the rock. They lay their dead in decorated chambers while they took part in ceremonial meals – agape. St Paul’s catacombs are the oldest and largest catacomb complex. Its surviving murals and engravings are a living testimony to the cult of the dead! 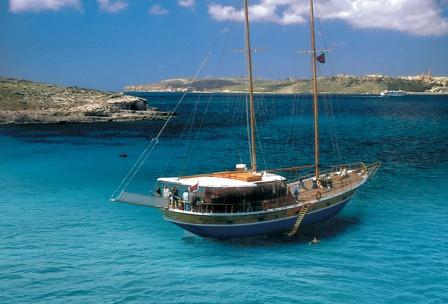 9. Riding lightly on the dark waves

Dank cellars and catacombs have turned your blood to ice? Then it’s time for a change of scene. Head to Sliema Marina and embark on the Fernandes. This 26-metre rigged vessel will sail into the setting sun on its way to St Paul’s islands, the islets on which the galley carrying St Paul was wrecked in 60 AD. Have a dip in the limpid water and enjoy the pleasures of a dining al fresco on the spacious deck. On the return trip, you will be rewarded with the floodlit fortifications of the Grand Harbour, reminiscent of bloody battles.

Tired of holidaying like a vamp? Then head to a cinema to watch the much awaited vampire movie Twilight – Eclipse like any normal human! Tuck yourself comfortably on the plush seats and watch how the destinies of Bella, Edward and Jacob intertwine as the saga unfolds. The real feel created by the latest digital and sound technologies in the stadium-like cinemas will plunge you into the thick of the bloodcurdling moments.
Powered by